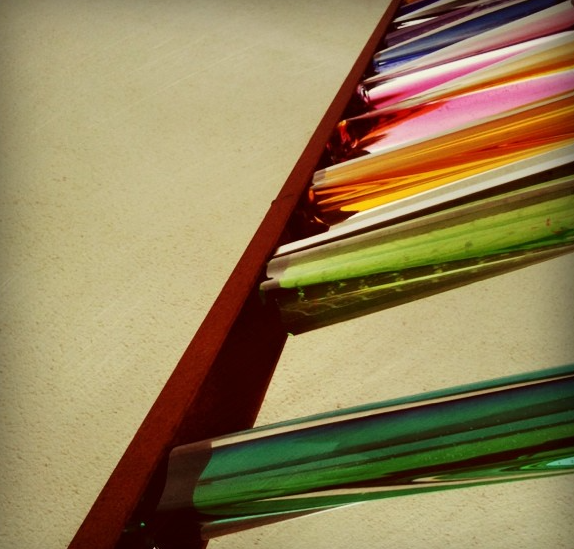 This page contains archived content. The information may be outdated or contain links to material that is no longer available.

The following is some early thinking from the ONN on the issue of scaling — why and how it’s done, some challenges and areas of concern, and a call to embrace a network approach. We welcome your insights, feedback, and any examples of scaling that you feel we could learn from.

Is this really the question? It’s a complicated issue not least of which is due to how we understand the concept.

In general, when scaling is discussed it most often refers to the model of replication (or scaling out). In the business world, Tim Hortons and Starbucks are both examples of an initial idea being copied and replicated in communities around the world.

In the nonprofit sector, scaling can look much the same. Whatever the action — addressing high school dropout rates, building a community garden, etc. — it can be a long road to determining success involving lots of hard work. It is no surprise then that, when we learn that something works, we want to see that hard work replicated or scaled to other communities so others can benefit too.

Yet, while replication can work in some instances, there is good reason for the sector to be cautious about embracing scaling by replication as a quick fix to the broader systemic challenges our society faces.

Indeed, there are certain intangibles such as history, culture, and place that are not so easily copied, but which can significantly affect the final outcome when we try to replicate to other places. As noted in a recent article in Nonprofit Quarterly, “Most foundations have at some point embraced replication; they want to find a promising model and fund other sites that can implement that model faithfully…. But relying on lockstep replication can backfire. For starters, tools are never foolproof. What works in one place may not work in another because of differences in local context.”

Ideally, scaling is a concept we can use to begin to address those difficult, ongoing, and systemic problems. Yet, if we are serious about attempting to address issues like climate change, homelessness, and poverty, a replication model alone will not get the job done. These are issues where there is no one-size-fits-all approach and where a multitude of actions and initiatives are needed involving multiple stakeholders who may be working at different levels of the problem. In situations like these, simply copying and pasting an initiative from elsewhere with little understanding of the work already underway and the different needs of different communities can be wasteful.

It is important to acknowledge the context in which enthusiasm for this type of scaling takes place. Governments and other funders face tremendous pressures to respond to the needs and expectations of citizens at a time when fiscal restraint, greater accountability, and political considerations are increasingly at the forefront of decision-making. This can lead to tension, where the desire is to deliver quick and demonstrable results that, due to the systemic nature of the problems, can more often resemble band-aids than true systemic change (for example, think of the public transportation quagmire that has plagued the City of Toronto).

Similarly, while an increased emphasis on evidence-based solutions is a positive development, this emphasis can lead to an alluring fallacy where decisions on new programs, policies, and projects are designed from the top down in order to ensure both action and measurable outcomes. However, in Community Engagement Matters (Now More Than Ever), the article quotes Rich Harwood, president of the Harwood Institute for Public Innovation, who describes the problems in pursuing this fallacy, “Understanding and strengthening a community’s civic culture is as important to collective efforts as using data, metrics and measuring outcomes. … A weak civic culture undermines the best intentions and the most rigorous of analyses and plans. For change to happen, trust and community ownership must form, people need to engage with one another, and we need to create the right underlying conditions and capabilities for change to take root and spread.”

If we are to use scaling to create social change, we need a new approach that can build on the strength of what we already have, values the importance of place-based strategies, and brings others into the conversation. In other words, we need a network approach to scaling in order to truly capitalize on some of the great work that happens in the nonprofit sector. The following three steps are by no means easy to achieve, but they represent some of the necessary hard work required to make scaling a useful concept.

Step 1: Learn the local context and identify the gaps

Deliberately think through what actions, stakeholders, policies, and programs are already in place and then identify the gaps. In other words, a conversation needs to begin with admitting what we don’t know. Are there people we should be talking to? Are there similar programs already in place? Has anything like this been tried before?

In We Need More Scale, Not More Innovation, Dr. Robert K. Ross notes, “Grantmakers that want to see social solutions take hold need to focus less on finding the next great idea and more on helping grow the impact of ideas that are already working.”

Consider the example of the zero-tolerance suspension policy in California schools. School suspensions have been shown to be harmful to young people resulting in increased dropout rates and reduced life opportunities. A funder, the California Endowment, recognized the systemic nature of the problem and began to build a network to try to change the status quo. This began by identifying grantees who were already working on this issue. They then helped them to gather and share more data, convene youth leaders across cities, and fund advocacy efforts. Eventually, school boards in a number of Californian cities announced policy changes and school discipline reform even made it to the state legislature where five bills were signed into law.

In the end, as the article observes, “In the fight against zero-tolerance policies in California schools, innovative practices, data, and research were important. But social innovation without advocacy and organizing would have been in vain. It was the mobilization of the community, and in particular young people, that paved the way for the innovation to break through.”

Rather than searching for the next silver bullet in the form of adding a new program or project, we should begin by focusing on where there are shared values as a way to build sufficient community consensus with those who are already working on the task at hand to promote systemic change.

Step 2: Embrace discourse to get local ownership and facilitate learning

Convening (sometimes unlikely) partners, building cohesion, and working through and resolving conflicts are all network characteristics that can help not only to bring diverse voices to the table, but also to keep them there. Systemic change does not happen overnight and it is important to make sure that the conversation is continuing and doesn’t become siloed.

The McConnell Foundation has echoed these thoughts and has observed in its own scaling efforts the value of networks in helping to bring different stakeholders to the table. As it says, “Strong networks and partnerships that enable access to decision-makers, funds, allies, and other supporters proved to be critical to the successful scaling of many of the participants’ social innovations, regardless of the type of scaling they pursued. Networks are well-suited to knowledge dissemination and shared learning strategies — as both an audience, and as a source of stories to document and share.”

Networks need to be supported and animated. As Al Etmanski writes in his recent book, “Social innovation spreads through sharing, not selfishness. The heroic, ‘great man’ model of social change makes for a good story, but it isn’t true in practice. It is only through generous, respectful interactions across sectors, expertise and roles that social innovation achieves lasting impact.”

Once a network has been formed, it is important to ensure that there is some kind of structure in place to encourage and maintain engagement, provide support, and facilitate information-sharing and coordination. As noted in Surmountable Chasms: Networks and Social Innovation for Resilient Systems, the presence of a network alone does not mean that an initiative will cross boundaries but, when animated, it can be “…a powerful force for connection and dissemination.”

Applying these three steps does not discount the immense challenge of securing long-term and sustainable funding — indeed this is a topic worthy of its own discussion. Nevertheless, funders and nonprofits alike must realize that effective scaling initiatives require an ongoing commitment in order to achieve results that may not be readily apparent within a short time frame.

In sum, embracing networks that value the local context, promote local ownership, and have a long-term commitment from stakeholders can help to facilitate the type of scaling that can encourage people to engage in and push for the social change we need. As the evidence mounts, we realize that scaling social change is not a simple undertaking. In most instances, addressing social issues is a multi-faceted and complex exercise that often involves systemic change and culture shifts. In the meantime, we need to expand our thinking on what it means to scale in the nonprofit sector and be more thoughtful on the approaches that are best suited to lead to success.

Let us know your thoughts

Do you know of any examples of scaling in the nonprofit sector where it worked well? What made it work? What lessons can we learn from those experiences? Get in touch and help us continue to explore this issue.

April 26, 2016 at 3:26 pm
Lynn Eakin and Ben Liadsky
Return to the Blog page
Digging in with ONN is a Decent Work podcast series.
Access all episodes