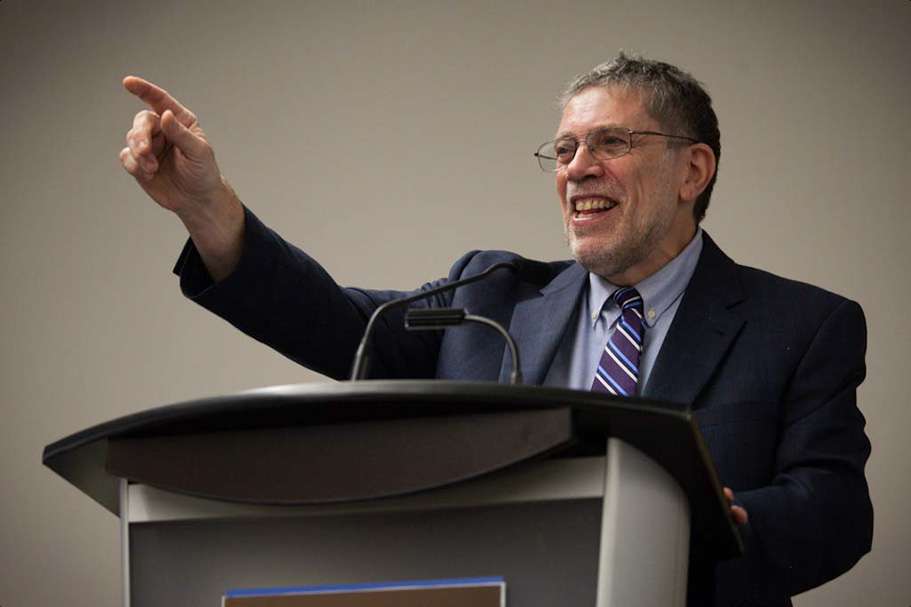 This page contains archived content. The information may be outdated or contain links to material that is no longer available.

Originally posted by Nonprofit Quarterly, November 20, 2015.
By AMY BUTCHER
November 8, 2015; Pathways & Journeys
Much has been said about Rick Cohen’s legacy in the nonprofit world, and one moniker in particular that he earned is “honorary Canadian.”
He indeed had a fondness for the Great White North, as he himself said back in 2013, when he wondered whether a merger with Canada would save the U.S. from itself. This year, he wrote about community hubs in Ontario, the effect of the Canadian election on nonprofits, and Canada as the true land of the free. Last week, he asked this newswire writer to sponsor him as a Canadian resident if ever Trump or Carson made it further into the American political consciousness (and was quite relieved when I agreed.)
On October 21st, Cohen was the opening keynote speaker at the Ontario Nonprofit Network (ONN) Conference, called “Nonprofit Driven,” that addressed strategies and tactics in the nonprofit sector. Cathy Taylor, Executive Director of ONN, described how Cohen homed in on the ONN’s specific situation:[line]
Everything that Rick said was on point and related to our context. He wanted his address not only to be useful but also to resonate with our audience, so he spent an entire day with us, just listening and observing. What I remember most was his attentiveness, sense of humor, and strategic thinking. I called Rick our “Troublemaker on Purpose,” as he obviously didn’t shy away from the hard questions. He inspired people to think differently.
[line]
One conference attendee he inspired was Eliana Trinaistic, the social impact manager at Toronto-based MCIS Language Services. Trinaistic writes a blog called Pathways & Journeys. In a recent post, she described her impressions of Cohen’s talk and the human resources challenges facing nonprofits:[line]
Historical biases shaping perceptions about work being done by NPs are still strong, Cohen [said], meaning that there is belief that [NP] deliverables are less professional, done by people with “big hearts but no training.” In addition, NPs, by not resisting government and foundation salary cuts, in fact help precarious work to survive. Cohen called it “casualization of nonprofit work” meaning that the work [is] perceived as casual and easily done by whomever shows up at the doors.
[line]
In a phone interview, Trinaistic said that Cohen, with his signature sense of humor, summed up the problem with a simple metaphor. “He compared nonprofits to a puppy, or something people go ‘Awwww’ over but then don’t take too seriously.”
Cohen wrote more extensively about nonprofit salaries and the real risks of casual labor in this NPQ newswire from 2010, and his arguments about the validity of nonprofit work cuts a different figure from the simplistic puppy-dog vision that many have. In his keynote, he said that nonprofit work is “real and challenging work. It takes intelligence, training, education, skills to work for the nonprofit sector. It’s not just big-hearted work. The people who work in the nonprofit sector should be compensated appropriately for their work to be sustainable.”
Trinaistic was taken with this concept that is both self-evident yet profound. She did some quick digging and unearthed research about “the disproportionate availability of part time or contract [work] paired with disproportionately low wages” in the nonprofit sector in Canada. In her post, she also brought up the gendered aspect of nonprofit work, as in the Metro Toronto Area alone, “women make up 47.6 percent of the overall labor force but 84.4 percent of the nonprofit labor force.”
As a nonprofit practitioner, Trinaistic believes that nonprofits need to work with funders to ask for more money for salaries. In Canada, with the change of government, nonprofits need to seize this momentum and advocate for better pay to attract people with skills and passion. “I feel like nonprofits need to take advantage of this pattern and look at how we can change things. Especially these days, with the heavy focus on tech and IT, if you don’t have those skills, it’s almost like a type of illiteracy. To compete with social enterprises, we need people with these skills. To get these people, we need attractive salaries.”
While these sentiments may arise from the Canadian context, Cohen’s convictions apply to nonprofits everywhere. Taylor said that what she remembers most about Cohen’s talk is how he stressed the power of the nonprofit sector to make the necessary changes in society. Cohen said:[line]
There’s a huge need for nonprofits to do what they do, not just in the delivery of services, but to advocate and remember their mission as entities that build and strengthen democracy. It takes a willingness for nonprofits to listen to their constituents and their communities. It takes nonprofits to engage communities in the protection of what I think is the most fragile DNA of our sector, which is our democracy.
[line]
It is self-evident that this view is neither American nor Canadian in perspective but simply some good sense from the Republic of Rick. Long live the Troublemaker.
—Amy Butcher
[tline]
ABOUT AMY BUTCHER

Amy Butcher is a freelance writer, translator and editor who lives outside of Montreal, Quebec with her husband and twin boys. She has worked in the medical research, public health and nonprofit sectors for over ten years. As a former communications coordinator for the Montreal Neurological Institute, she helped the development office with fundraising content while communicating neuroscience to lay audiences. Amy has had two literary translations published and mainly translates works from Francophone authors from Africa. She is a member of the Editors’ Association of Canada and edits novels and non-fiction books for self-published authors. Amy is also a Copyblogger Certified Content Marketer and helps nonprofits boost donation rates through fundraising materials and website content. Her site, amybutcher.ca, provides information for nonprofit communicators who are new to content marketing.
November 23, 2015 at 11:48 am
The ONN
Return to the Blog page
Digging in with ONN is a Decent Work podcast series.
Access all episodes