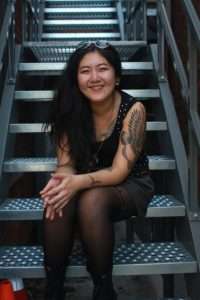 Erin is a facilitator, storyteller, and dreamer living in Tkaronto. For over a decade, Erin has been examining the relationship between people, place, and power through her studies, profession, and creative projects. She is the founder of Stories of Ours, a grassroots project which aims to deepen community, invite solidarity, and challenge dominant narratives through intentional acts of storytelling and art. As a convener at heart, they thrive in spaces of community-building and mutuality. Erin’s work lies at the intersections of anti-oppressive pedagogy, community collaborations, and creative arts. 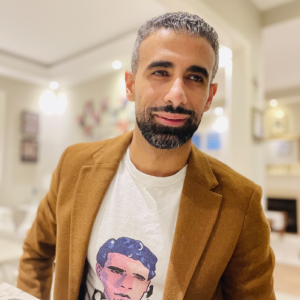 Tamer Ibrahim is the Director, Granting at the Definity Insurance Foundation: a newly established public grant-making entity, that will work in partnership with others, especially Indigenous, Black, racialized and other equity deserving groups, to tackle the systemic roots of inequality across Canada. Prior to joining Definity, Tamer was the Youth Collective Impact Program Manager at the Laidlaw Foundation. Tamer was also the Community Development Manager at UforChange, where he helped develop the organization’s fundraising strategy, writing grants and managing the organization’s special projects with some of its incredible partners like Google Canada, Artscape and the Inspirit Foundation. In his spare time, Tamer is the Chair of the Board at For Youth Initiative. 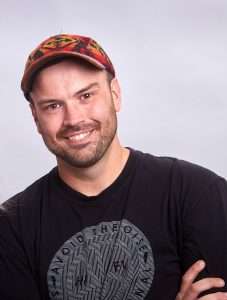 Brock Warner, CFRE is a recognized leader in the nonprofit sector and author of the bestselling From The Ground Up: Digital Fundraising for Nonprofits. He has raised millions of dollars, and developed successful campaigns, partnerships, and sector innovations, and co-founded Broccoli in 2021. Brock is a sought-after presenter throughout North America, and is the professor of Integrated Marketing for Nonprofits at Humber College Business School’s Fundraising Management postgraduate program in Toronto. 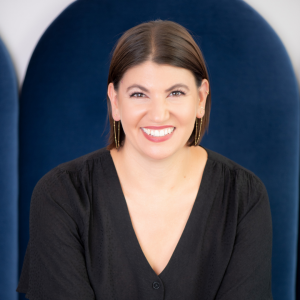 Cindy Wagman is the President and Founder of The Good Partnership, a values-driven, social-justice informed consultancy that is working to unlock the potential of small nonprofits through fundraising. Cindy became a Certified Fundraising Executive in 2009 and received her MBA from the Rotman School at the University of Toronto in 2013. Cindy has presented for AFP (Association of Fundraising Professionals), CanadaHelps, CharityVillage, Bloomerang, Keela, and Fundraising Everywhere. She is the host of the top-rated The Small Nonprofit podcast, and best-selling author of Raise It! The Reluctant Fundraiser’s Guide to Raising Money Without Selling Your Soul. 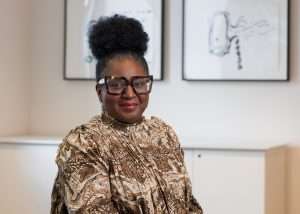 Dr. Notisha Massaquoi has been an advocate for advancements in Black community healthcare for over 30 years. She holds a BA in Psychology from Western University an MSW and PhD in Social Justice Education from the University of Toronto. Her early career established several organizations which serve Black communities in Canada, including Africans in Partnership Against AIDS and Taibu Community Health Centre. She designed the programs and served for two decades as the Executive Director of Women’s Health in Women’s Hands Community Health Centre in Toronto – the only Community Health Centre in North America, which provides specialized primary healthcare for Black and racialized women. She has consulted globally for the United Nations Social Development Council, WHO and UNAIDS on racism and its impact on workforces. She is considered one of Canada’s leading experts in developing equity responsive organizations and evidence-based programs. She has served on numerous committees to address systemic anti-Black racism in Canada. She most recently co-chaired the Anti-Racism Advisory Panel of the Toronto Police Services Board and was responsible for producing the first mandatory race-based data collection policy for a police service in Canada. She has also served as a Board trustee for many organizations to ensure equity is at the forefront of governance in Canadian institutions such as the Centre for Addiction and Mental Health. Notisha is currently an Assistant Professor with the Department of Health and Society at the University of Toronto, Scarborough. 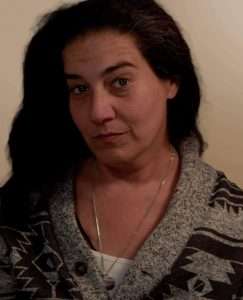 Liane is currently doing a PhD in Canadian and Indigenous Studies at Trent University. As an elementary school teacher, she has been seeking ways to encourage students to actively connect with their natural environment by incorporating Indigenous pedagogy into daily teaching practice. Her research involves using arts-based methodologies to encourage students to be more engaged in climate justice. 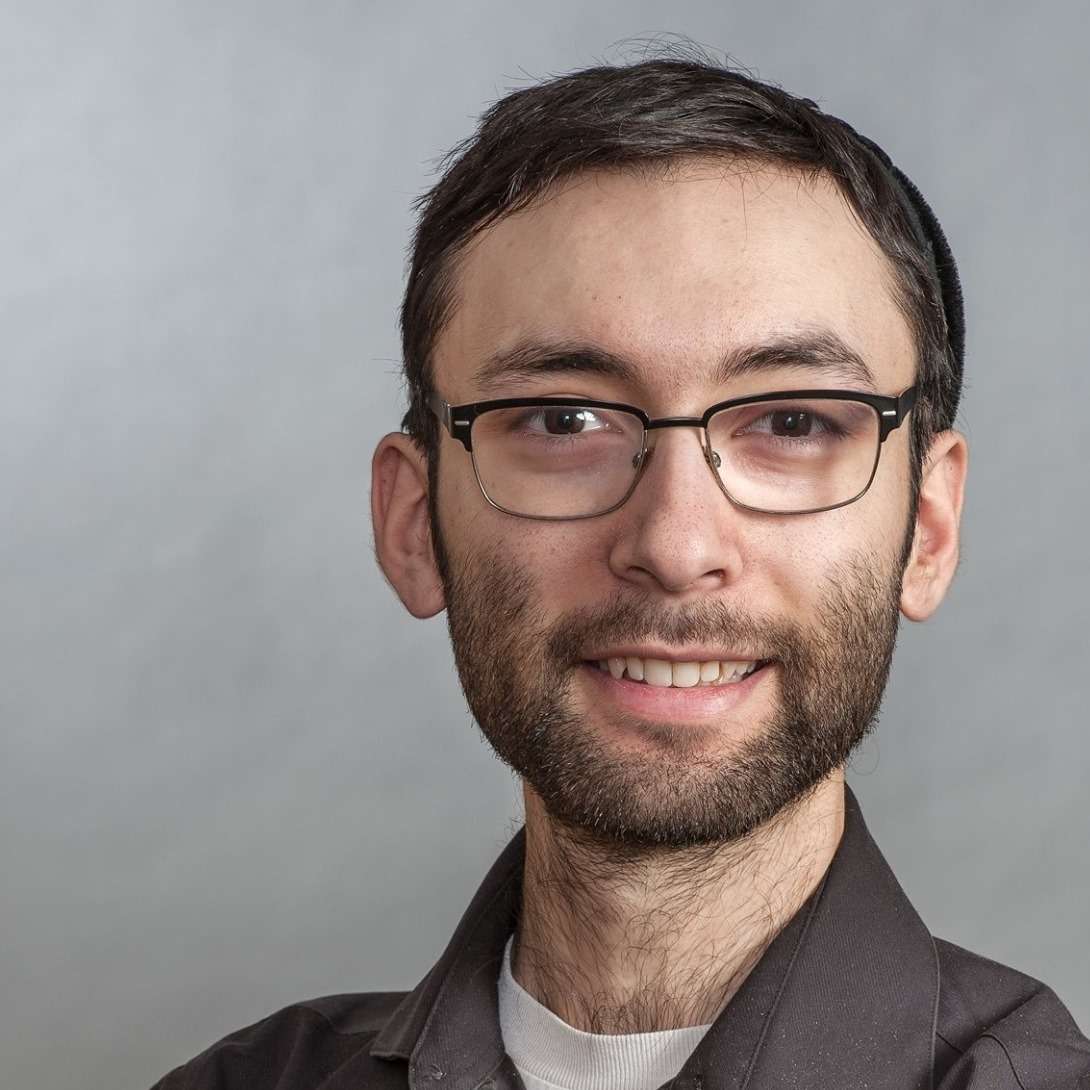 Benjamin (he/him) comes to ONN from the Government of Canada and Community Legal Education Ontario (CLEO) where he focused on nonprofit and charity law and policy. Over the past 4 years at CLEO, Benjamin has answered hundreds of nonprofit law questions and developed an online interactive bylaw builder for the ONCA. In 2018, Benjamin served as a Summer Research Fellow at ONN researching the topic of transfer payment agreement modernization. His first book on long-term strategic communications “The 100-Year PR Plan: A Guide for advocates” was published in January 2021 by Civil Sector Press. His other writings on topics ranging from dark money to campus clubs have appeared in publications such as The Philanthropist, Policy Options, University Affairs, Canadian Lawyer, Slaw, and the Globe & Mail. Benjamin holds a JD and MPP from the University of Toronto and an MA in political theory from the University of Ottawa.

Learn about their booth 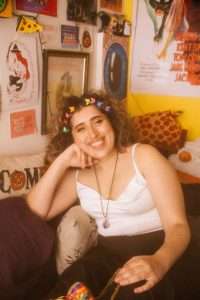 Hana Shafi (she/her) is an illustrator and writer based in Toronto. She’s known for her weekly affirmation series of over 175 illustrations to give people moments of solace and understanding in their days. She is the author of It Begins with the Body and was listed by CBC as one of the Best Poetry Books of 2018. Her second book, Small, Broke and Kind of Dirty came out in September of 2020. Her work explores themes such as feminism, body politics, racism, and pop culture.

Learn about their activity 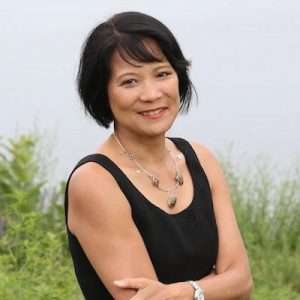 For over thirty years, Olivia Chow has been an effective and well-known public figure, serving in Toronto’s municipal politics and on the national stage as a Canadian Member of Parliament. In 2015, Olivia Chow established the Institute for Change Leaders (changeleaders.ca) at Toronto Metropolitan (Ryerson) University. Since then, Olivia and her team of 40+ trainers have taught community and political organizing to over 10,000 organizers. Olivia Chow has thirteen years of teaching experience and two certificates from Harvard Kennedy School Executive Education. She is the author of the best selling memoir “My Journey.”

Learn about their workshop 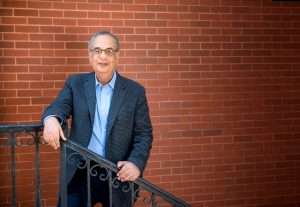 Medhat Mahdy is the President and CEO of the YMCA of Greater Toronto and President of YMCA Ontario. He is driven to help the Y promote equity and boost well-being across the GTA, because he believes we owe every individual the opportunity to shine.

Medhat has an extensive background in charitable sector leadership and has been involved with the YMCA for over 40 years as a member, volunteer, donor, and leader. He holds a Bachelor Degree from the University of Toronto and has received several designations from York University, McGill University, Harvard University, and Queen’s University. Currently, Medhat is Chair of the Board of Trustees for the Centre for Addiction and Mental Health (CAMH).

An immigrant who was welcomed to Canada by the YMCA as a young man, Medhat lives in Toronto with his wife and is a father and grandfather. He is a classical music fan and tennis lover who started working at the YMCA of Greater Toronto in his early twenties as a part-time tennis coach. 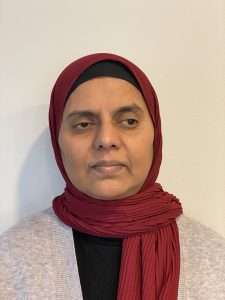 Rabia is dedicated to equity and justice for persons with disabilities, women and diverse communities. Rabia most recently served as a Board member of Accessibility Standards Canada and the Minister’s Disability Advisory Group and previously served as a Commissioner for the Ontario Human Rights Commission. She is the National Director of Disability Without Poverty and CEO of DEEN Support Services. A founder of Race and Disability Canada, she is also a board member of the Muslim Council of Peel and a board member of the Federation of Muslim Women. A motivational speaker and a documentary commentator, Rabia has campaigned in municipal elections to serve as a city councilor in Mississauga. Rabia has received numerous awards for her humanitarian services, including a Queen Elizabeth II Diamond Jubilee Medal. Rabia holds a Bachelor of Arts (University of Toronto) and a Master of Arts (York University). 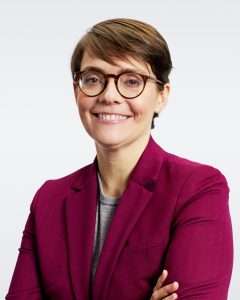 Katie is a lawyer by training and an activist at heart. She’s passionate about using entrepreneurial tools for social impact. Currently, Katie leads strategy and partnerships at the CIO Strategy Council, a nonprofit focused on Canada’s digital transformation. In this role, she cofounded the Canadian Centre for Nonprofit Digital Resilience. She also leads work on sustainable IT and responsible AI. You may also have crossed paths with Katie in her previous roles as general counsel in a national youth charity, as director of Social Enterprise for the Ontario government, or in her work at the MaRS Centre for Impact Investing. 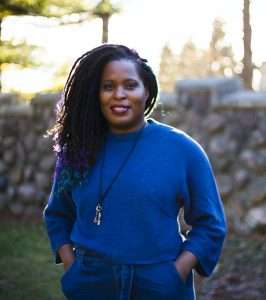 With a reverence for artists and griots coupled with a deep commitment to equity and decolonization, Kadon Douglas finds her joy in supporting creative talent in building thriving careers. The inaugural executive director of Toronto-based nonprofit movement, BIPOC TV & FILM spends her days advocating for systems change in the screen media industry, addressing barriers to career entry and advancement for racialized and Indigenous creatives, and disrupting colonial and discriminatory practices in the nonprofit sector and creative industries.

She is a 2019 Ontario Nonprofit Network RBC Leading the Future fellow. Kadon is also an active member of the screen-based media community, volunteering her time on various advisory committees and juries. 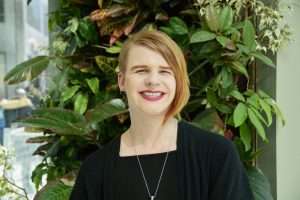 Fae Johnstone is executive director and co-owner of Wisdom2Action (W2A) and based on unceded, unsurrendered Algonquin territory in Ottawa, Ontario. She is an experienced community engagement expert, diversity and inclusion consultant, and project manager. Over her past two years working with W2A, Fae has led local, provincial, and national initiatives focused on 2SLGBTQ+ community health and wellness, youth mental health, meaningful community engagement, and gender-based violence.

Learn about their session
Digging in with ONN is a Decent Work podcast series.
Access all episodes