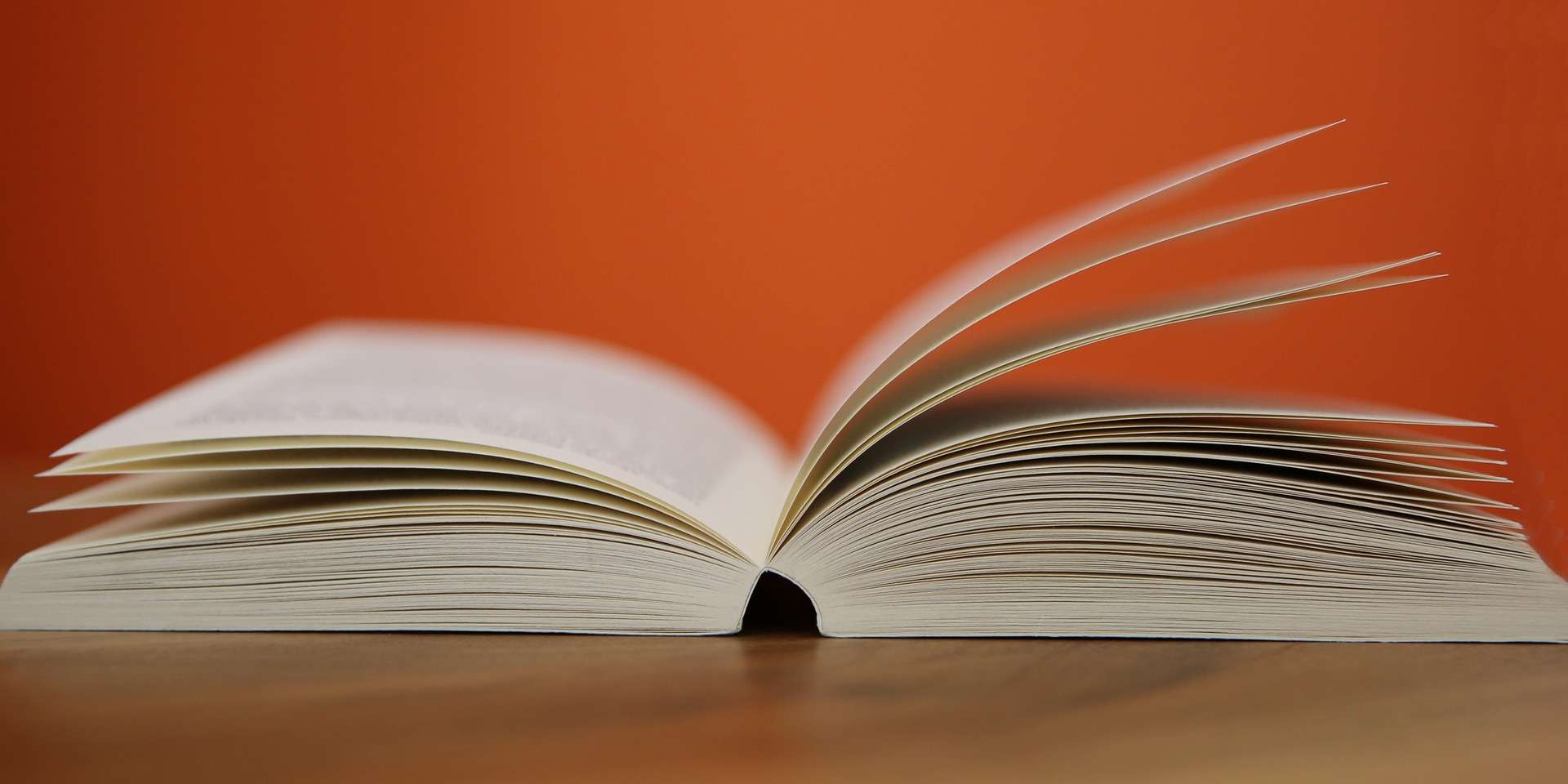 Behind the numbers: Ontario Budget 2017

Now that the dust has settled and the Budget bill is just finishing its trek through the legislative process, it’s time to look beyond the numbers and ask, what does Ontario Budget 2017 mean for the nonprofit sector? This is the first balanced Budget since the 2008-09 downturn and a Budget with the 2018 election clearly in its sights. As ONN noted it its budget analysis, Budget 2017 includes fragments of how to address Ontarians’ immediate needs, but there doesn’t appear to be an overall vision to move the province to an inclusive economy.

In this post, we look across the budget to what it means for the social deficit facing our province, and dig deeper into one of the sectors which saw the biggest investment: health care. Our fellow policy wonk Patrick Boily of the Ontario Community Support Association brings health highlights and some bright points for Ontarians, while ONN’s Liz Sutherland give us the big picture overview of how the sector was included, or not, in the budget. Howard Green, a senior policy bureaucrat and board president of St. Stephen’s Community House, helps us peel back the layers of this budget and previous ones, to uncover clues to what we can expect in Budget 2018, right before the next Ontario election.

Why are budgets important?

Taking a step back, provincial budgets may seem like a bureaucratic exercise of announcing fiscal plans that have already been shared in previous weeks or months. What’s really “new news” in the budget? While there can be pre-announcements on program spending, budgets reveal the government’s fiscal and policy agendas for the current year, as well as project future policy goals and fiscal plans. Political calculus underlines its language and numbers.

We want more nonprofits to feel empowered to inform and comment on provincial budgets, so we want to emphasize that you don’t need to be an economist to do this work. Budget analysis is one part numbers (fiscal framework and expenditure capacity of the government), one part what’s in- or not- when it comes to policy/program expectations and commitments, and one part tone, with political messaging woven throughout. Let’s take a closer look.

Overall, spending was up 5.5% or about $6 billion year over year in two main areas: health and education. Aside from having eliminated the deficit, Budget 2017’s signature pieces were the OHIP+ Pharmacare program for everyone under age 25, an increase in child care spaces, the Fair Housing Plan to control rental fees, and hydro rebates, along with commitments to significantly increase the building of schools and hospitals in Ontario and their operations.

The budget was branded as a “booster shot” for health care. It brought the total health budget to $53.8 billion in 2017-18- a 3.8% per cent increase from 2016-2017. Community health centres and Aboriginal health access centres will benefit from the recruitment and retention funding aimed at interprofessional primary health care teams ($145 million over 3 years) and a $15 million investment to create/expand more of these teams. Long-Term Care (LTC) homes will receive an increase of $58 million for resident care. This includes funds for a 2% base increase, a 6% increase to the food allowance and training for palliative-end of life care.

The government has invested an additional $250 million in home and community care this year. There was also additional funding of $100 million over three years to support the dementia strategy. The dementia strategy funding will be for increase in adult day programs, caregiver respite services, expansion of Behavioural Support Ontario in long-term care and home and community, improvement of care coordination, education for health care professionals; and raising awareness.

As noted in ONN’s pre-budget submission, there needs to be cost-of-living increases embedded in funding agreements for ongoing programs delivered by community nonprofits across the board. While some programs have seen increases, others have been flat-lined for a decade or more.

One encouraging development is support to address health inequities and improve access to culturally appropriate health services over the long term through the First Nations Health Action Plan. $222 million will be invested over three years, followed by sustained funding of $104.5 million annually.

Many in the sector are watching for ripple effects of health care transformation as the Community Care Access Centres are merged into the Local Health Integration Networks (LHINs) under the Patients First Act – this process is already underway.

This is also a good reminder for the nonprofits to think beyond our organizations, beyond our subsectors and beyond one particular policy bucket, like health or arts, or sports or the environment. This is an opportunity to reach out to new partners and demonstrate that “care integration” can extend beyond the health system to other community systems. As Patrick notes, “Make sure you are articulating your value and measuring your impact on the client”.

When doing budget analysis, it’s important to get beyond the announcements and look at the bottom line. Looking at spending figures in this budget, the austerity cloud seems to be returning. Spending increases dropped by 50% from 2017- 2018 ($6 billion vs. $2.8 billion), despite a growing population and inflationary pressures. Looking beyond the government’s “strong economy” language, we can see that health and education will continue to dominate the budget focus. There were modest increases to the Ministry of Children and Youth Services, but spending cuts were made to other ministries.

It will be interesting to see if OHIP+ becomes “++”, with the coverage expanded and dental coverage added. We expect (hope?) to see in 2018 movement on social assistance reform, significant increases to social housing repairs and affordable housing, more child care spaces and increased subsidies, and possible budgetary implications of the recent Changing Workplaces Review recommendations.

For the sector, we are eager to see movement on a community benefits framework for infrastructure investments (which got a mention in Budget 2017), tangible investments in community hubs, and an end to flat-lined program budgets for nonprofits with ongoing agreements to provide services to communities.

Budget 2017 is an election campaign down payment, setting the government’s position going into election season. With the next budget expected in spring 2018, before Ontarians go to the polls in June, there seems to be a very cautious spending mentality to keep the books balanced.

What policy points can the nonprofit sector leverage together?

As Howard notes, the sector can be partners with government, helping to develop policies and programs that can become priorities for the next budget and election cycle. There are many great ideas in the nonprofit sector that can help government achieve its policy goals, including growing decent work in the sustainable nonprofit economy, achieving service integration at the community level, innovations for affordable housing and building/retaining other community assets, how a basic income and more robust support for volunteering can enhance social inclusion… the list goes on.

As precarious work rises and Ontarians struggle in an economy with stagnant wages and less access to the labour market, the Ontario government will need to address the relationship between work and income. The nonprofit sector can play a leading role in advocating for policy prescriptions that address the needs in our communities, through a decent work movement, encouraging recommendations of the Changing Workplaces Review to be put into action (and then some) and supporting the growth of social enterprise that provides nonprofits with earned income while allowing them to offer more decent and sustainable jobs to community members. The sector is well-positioned, both through our business structures and our close connection to communities, to do things differently. In Ontario, the nonprofit sector is already helping to fuel new economic models to challenge the mainstream narrative. The provincial budget process is one channel for the sector to reflect back to government, and the private sector, how communities are really doing and how public spending is going to help, or hurt, Ontarians.

Navigating System Transition in a Volatile Century by Michael Lewis

Nonprofits make a living by serving the community

Patrick Boily is Manager, Policy & Stakeholder Engagement at the Ontario Community Support Association (OCSA). He previously was the French Language Services Coordinator and Aboriginal Health Consultant for the Central West LHIN.  Patrick has also spent some time in his career on the political side, having worked for the Legislative Assembly of Manitoba in both policy and legislative assistant roles. Patrick has a BA from McGill University and a Master’s in Public and International Affairs from York University.  Patrick has also completed the Rotman’s Advanced Health Leaders Program and is currently completing the HealthCareCAN’s Health Service Management Certificate. Patrick serves as a volunteer of the board of the Fondation Hélène Tremblay Lavoie.

Howard Green has held senior positions in the Government of Canada, including Assistant Deputy Minister (Service Canada) and Director-General, Privy Council Office. He was a federal government representative on the United Way Toronto’s Campaign Cabinet and was seconded to United Way Toronto as a Senior Advisor. Howard serves as a volunteer on the board of St. Stephen’s Community House (Toronto).